There is a continuous need to house and operate low-power, legacy and low-density compute, network, and storage IT equipment. However, data centers must also possess the agility to accommodate the rapid and exponential growth of data and the need for minimal latency. At the same time, more efficient power and water consumption must be combined with other sustainable carbon-footprint reductions in response to worldwide drivers. These requirements for sustainable efficiencies are simply not attainable with traditional data centers. ServerDomes bridges the gap by accommodating current requirements while effectively addressing these near and long-term future drivers.

An Optimal Design Based on Biomimicry

It has been proven again and again that it is difficult to improve on the efficiencies and elegance of nature’s designs. In fact, ServerDomes’ inventor looked to nature and leveraged biomimicry whenever possible to develop a data ecosystem with a fully integrated design. This approach accommodates all current data center needs while simultaneously addressing future drivers that include agility, scalability, adaptability, efficiency, and sustainability.  Biomimicry helps us move beyond current understandings of sustainability which typically focus on mitigating negatives. Instead, the inventor sought solutions that are restorative, visionary, and deliver positive impacts. Utilizing nature’s best biological models to solve human problems, ServerDome emulates natural forms, processes, and ecosystems to create a more sustainable, efficient, and healthier technology.

For example, the ServerDomes design is based upon laws of nature where symmetries are at the core of modern physics from general relativity to quantum field theory. Known as Noether’s theorem, each symmetry of a physical system gives rise to a conserved quantity. Symmetry denotes qualities based upon a correspondence or agreement among the parts of a whole and implies either quantitative equality of parts or a unified system of subordinate parts. The ServerDome manifests symmetry internally and externally forming the foundation of its advantages.

The ServerDomes’ high-power density and ability to disperse the associated heat load within a small footprint utilizes a mechanism similar to the circulatory convection cell that allows termite mounds to maintain steady temperatures in extreme climates.

The geodesic dome was inspired by the simplicity and structural uniformity of things like snowflakes, seed pods, flowers and crystals. The Dome emulates those simple, strong, and noticeably spherical arrangements to produce an incredibly effective canopy. The dome is a manifestation of the phrase “less is more.” A minimal amount of building materials is geometrically arranged to ensure a design both strong and lightweight.

Even the internal components, such as the modular, scalable interconnected equipment pods, mimic the nature of the Mangrove plant and forest with massively interconnected root systems that power the interaction of separate ecosystems.

Answering The Needs of Industry 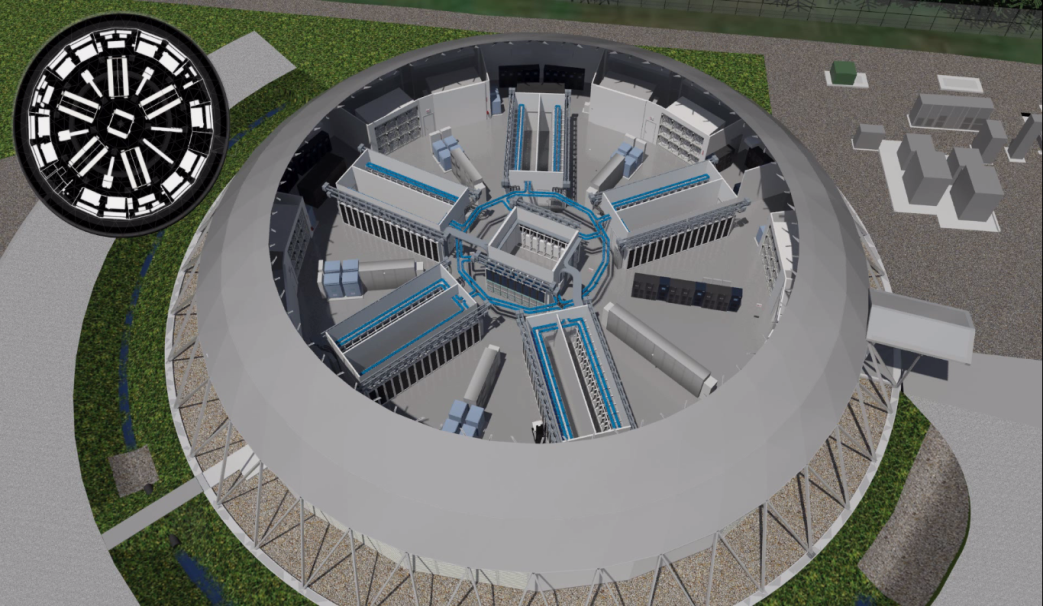 Under the geodesic dome is a next generation infrastructure that supports up to a 4-megawatt data ecosystem without using a raised floor, chillers, CRAC units, CRAH units, ductwork, exhaust fans, heaters, humidifiers or dehumidifiers. Removal of these unnecessary mechanical systems results in substantial conservation of power, water, construction and operational expense. The geometry and symmetry of our structure results in highly optimized workflow, cable distribution, air flow, natural cooling, and equipment access. The ServerDome offers Tier III redundancy and reliability while achieving an annualized PUE of 1.127 and a WUE of 0.1 L/Kwh. It also offers a strategic phased build out that allows for a significant savings in Capex & Opex while reducing stranded infrastructure capacity. Concurrent maintainability is also fully supported throughout all phases of build out. Designed for “lights-out” operation, the ServerDome also reduces operational and staffing requirements while removing many building code restraints aimed at building occupancy.

Elimination of raised floors, CRAC and CRAH units, chillers, humidifiers/dehumidifiers, ductwork, exhaust fans, and UPS batteries. The Dome represents a huge reduction in unnecessary resources. This results in significantly reduced Capex and Opex while improving efficiency. ServerDome has among the best Power Utilization Effectiveness (PUE) and Water Utilization Effectiveness (WUE) in the industry. Free-air cooling and higher “cold aisle” operating set points reduce unnecessary energy consumption. The dome structure conserves energy by capturing the exhausted heat plume to re-circulate for building heat or heat exchange for other purposes. The site footprint for this high-density facility is less than one acre, resulting in conservation of land use and reduction of raw materials needed for construction. A bioswale around the circumference of the structure is utilized for biofiltration and additional intake air cooling. A ServerDome is made of 60% recycled aluminum, which has an incredible longevity, thereby retaining real value and eliminating wasteful early replacement. UPS power is generated by kinetic flywheels that eliminate the maintenance, replacement, and disposal waste stream disposal of standard batteries. 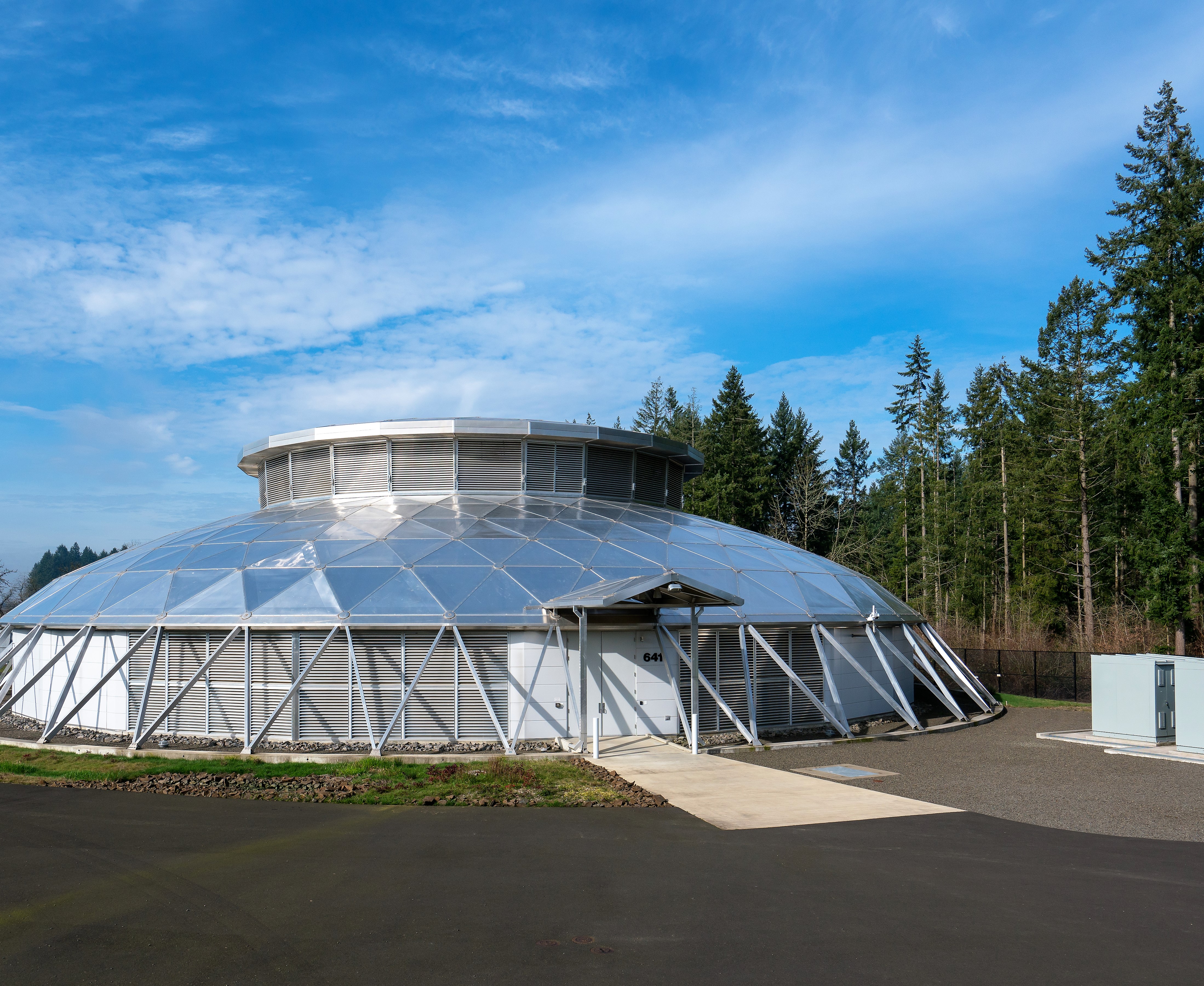 A ServerDome provides an agile IT ecosystem beginning with the provision for a rapid deployment schedule. We are also designed to accommodate all current and planned open standards for data centers. The geometry and efficiency of our design readily accommodates hyper converged infrastructure (HCI). This includes emerging software-defined networking, compute, and storage in a highly virtualized environment that is poised for automation and future optimizations. 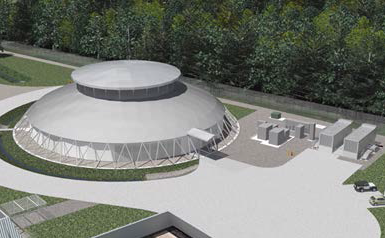 The ServerDome is not a "cookie-cutter" design. It is highly flexible and able to meet a rapidly changing industry or customer requirements. For example, the design can be adapted for use of specific internal equipment/gear, to scaled (up or down) machine power density, or to unique climatic/environmental challenges. Our highly optimized airflow, cable, and power distribution removes the necessity for physical segregation of equipment based on power or cooling requirements. Any equipment can be placed in any location in the data center. For example, legacy equipment can reside in the same pod or rack as state-of-the-art equipment. Furthermore, a 6 kw rack can be populated next to a 40 kw rack without an impact on cooling. Even power and cooling systems may be changed or augmented with different or new technologies without sacrificing the inherent operation and efficiencies of the current design. 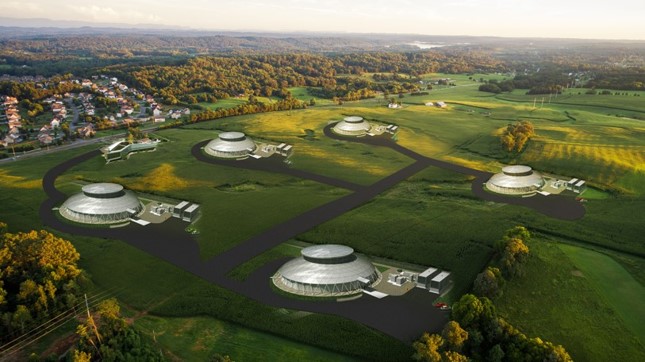 The ServerDome is specifically designed for scalability and creating a customizable product to meet all DC needs from Edge to Hyper-Scale. The current design meets all Tier III criteria; however, the redundancy can be scaled down as determined by a customer’s specific needs. Our design leads the industry in a new and invaluable concept for agile, adaptable, and scalable data centers that we call “Concurrent Scalability.” This feature allows power, cooling, and rack space to be upsized or downsized without disruption of on-going operations resulting in the highest degree of agility and adaptability to meet rapidly changing industry and technology demands. This broad level of scalability can produce a very small 500kW facility up to a 4-5 MW stand-alone facility. Mega scale facilities are attainable by interconnecting multiple ServerDomes in a “farm” configuration while benefiting from a greatly reduced footprint and associated economies. It also allows a controlled build-out and the ultimate in modularity. 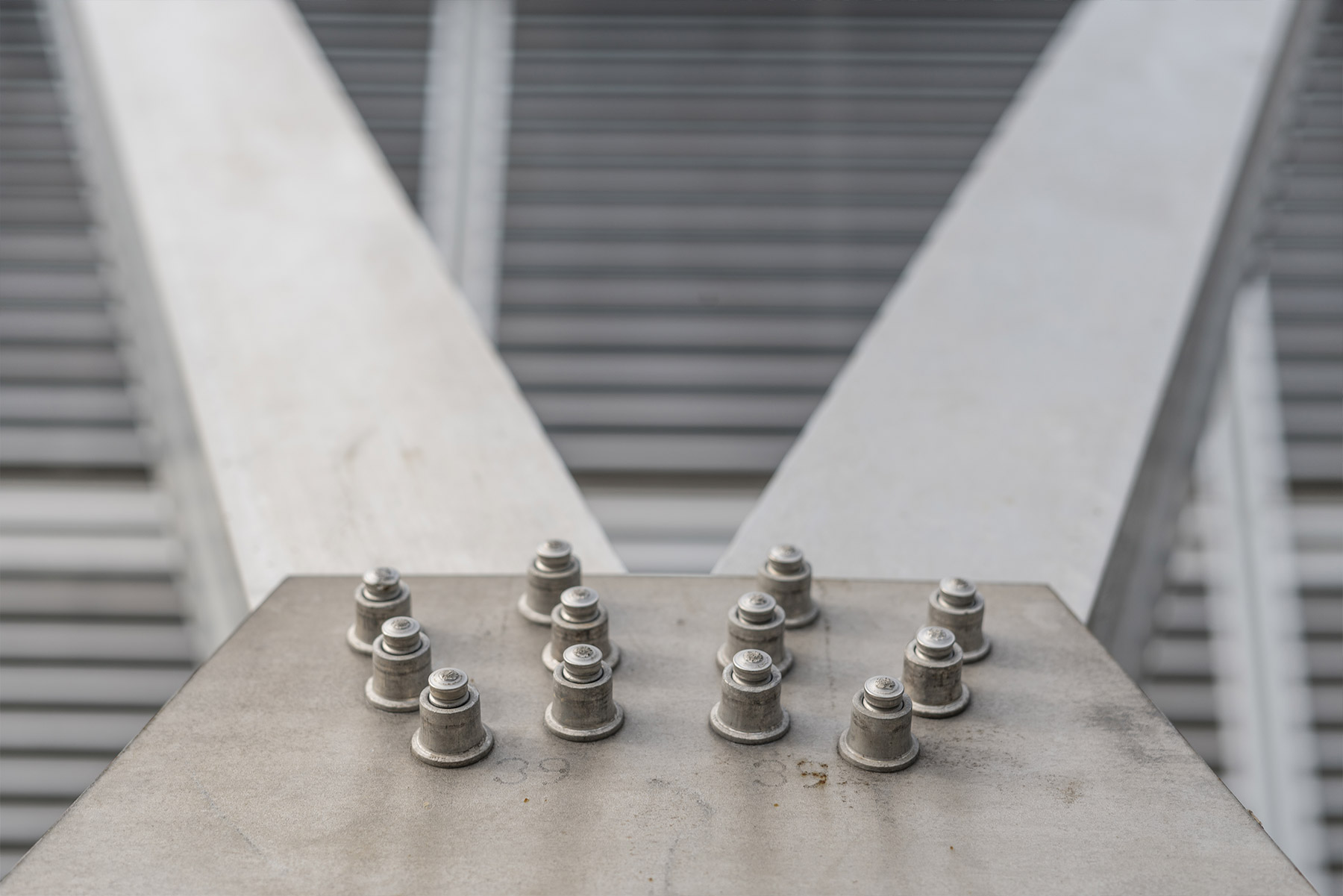 Domes are the most seismically stable of structures. The ServerDome is built to withstand significant seismic events that would destroy a conventional structure. It is also virtually impervious to damage from lightning strikes since the skin effect and grounding grid of the aluminum dome disperses lightning currents harmlessly into the ground. The dome also acts like a Faraday cage to help shield against low level solar events and other electromagnetic disturbances. The entire facility is constructed from non-combustible materials that will not support a flame spread from any fire source. The dome can be engineered to withstand wind loads far greater than any conventional structure while the shape of the dome sloughs snow and ash, and partially deflects hail. Finally, the aluminum structure can also be coated with anti-corrosion materials for deployment in high saline areas.